Holly Faurot & Sarah H. Paulson will perform Plow Like Hell with additional performers Justine Lynch and Meg Dellenbaugh. The 20-minute performance will accompany Joel Mellin's final piece of the hour-long evening. Mellin's 3-dimensional audio tornado will be controlled by the performers' breath. The audio installation/performance will be accompanied by a video of a woman (Katurah Hutcheson) stroking the wall behind her while making eye contact with the viewer via the video camera. Her powerful trancelike appearance wavers between sharp violence and tranquil remembrance. Plow Like Hell cuts through the powers of destruction via the minimal and quietly grotesque. 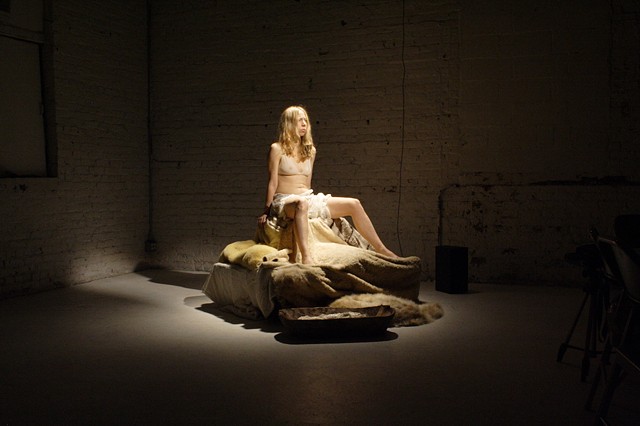 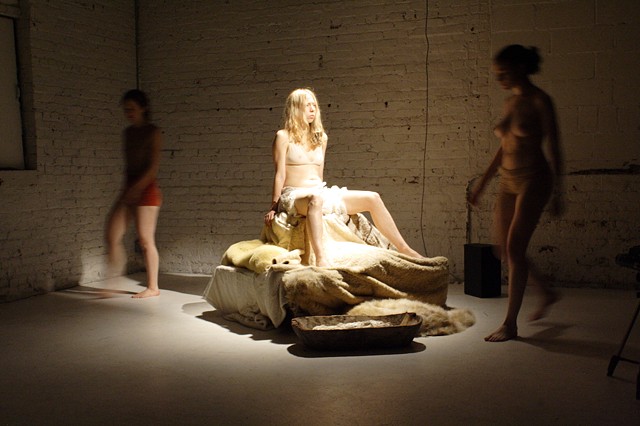 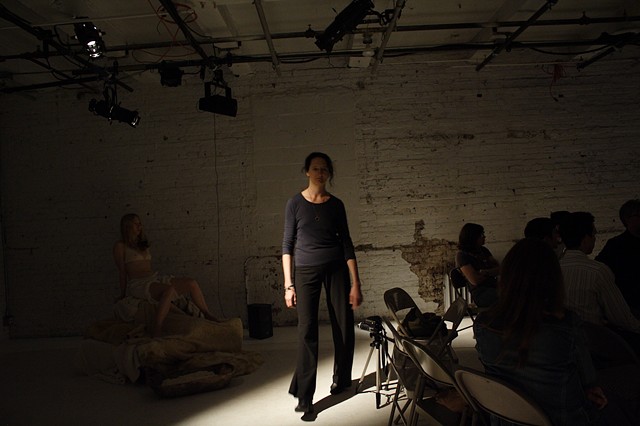 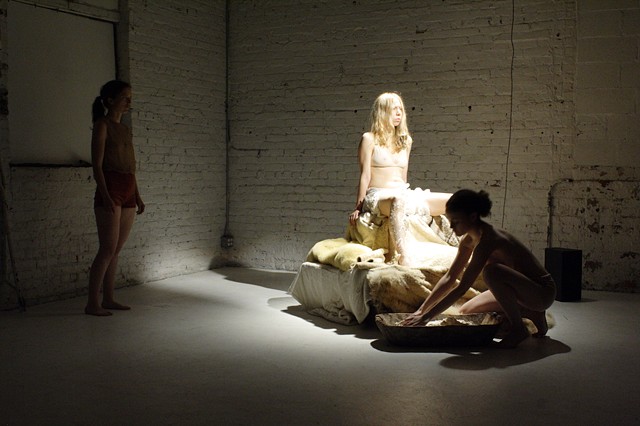 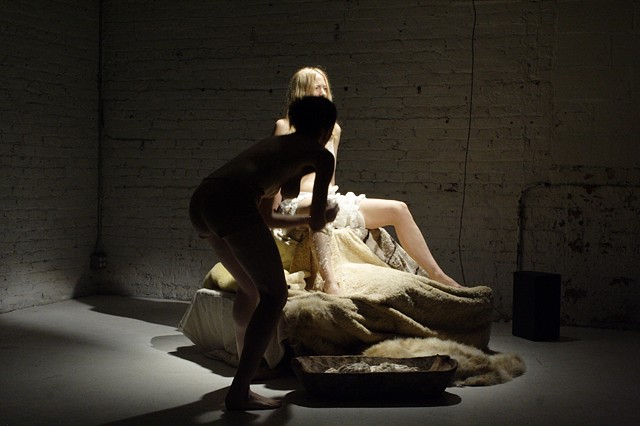 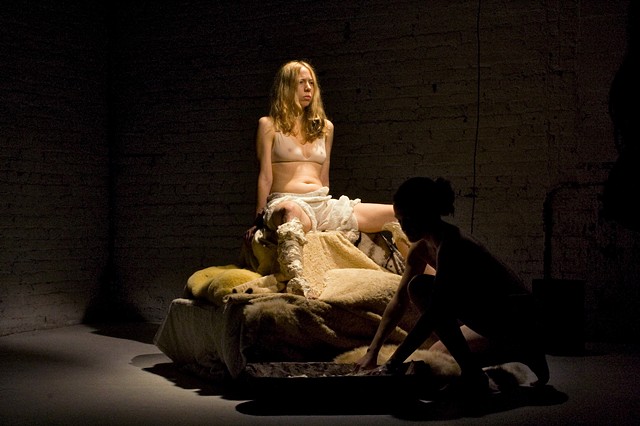 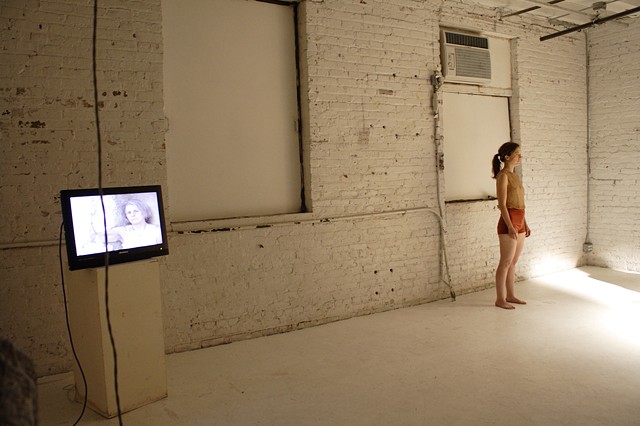 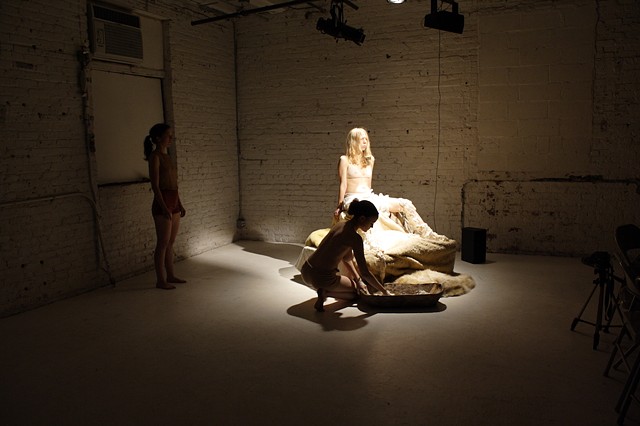 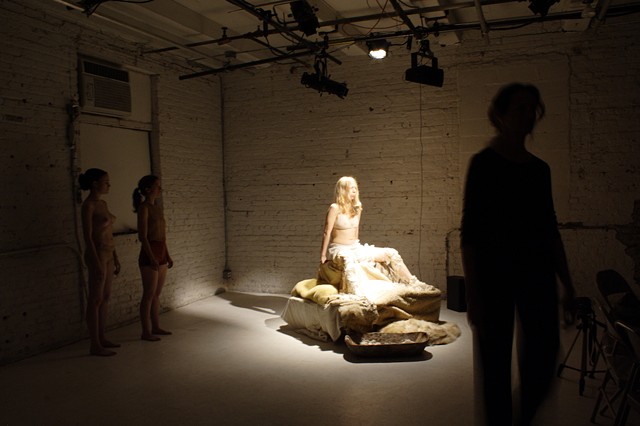 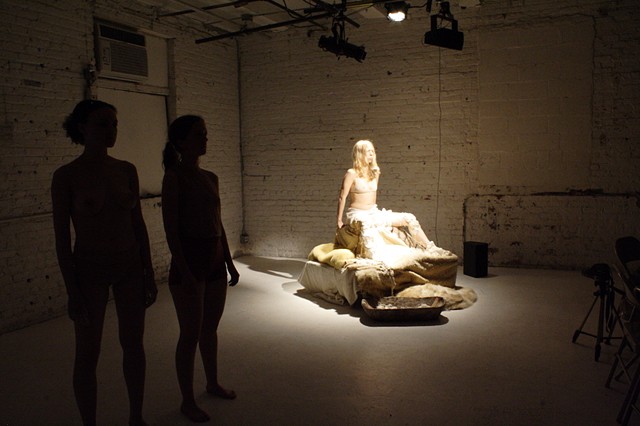 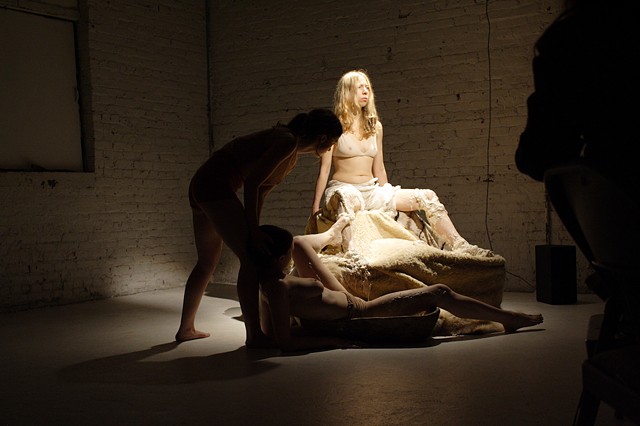 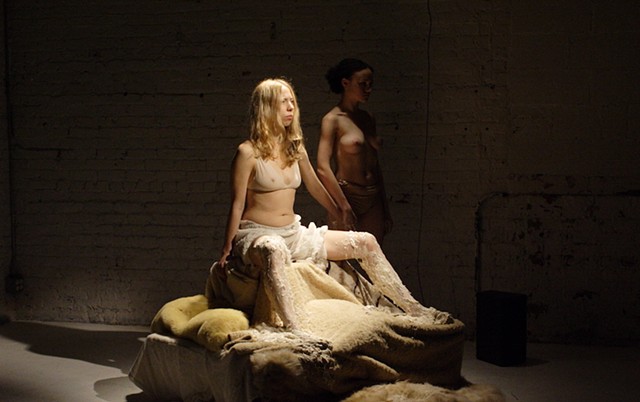 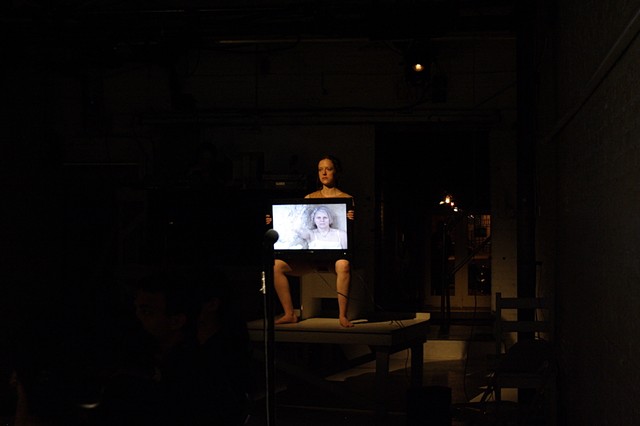 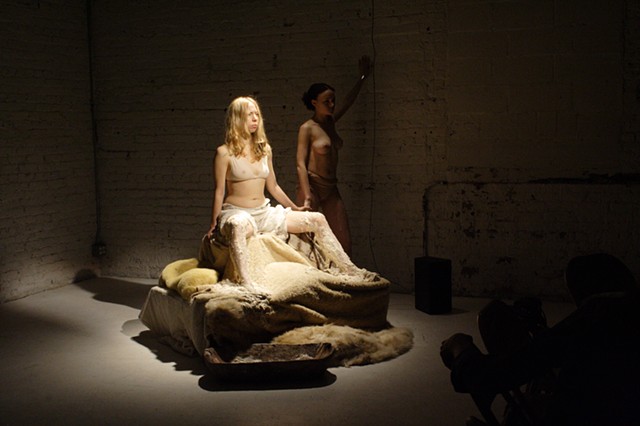 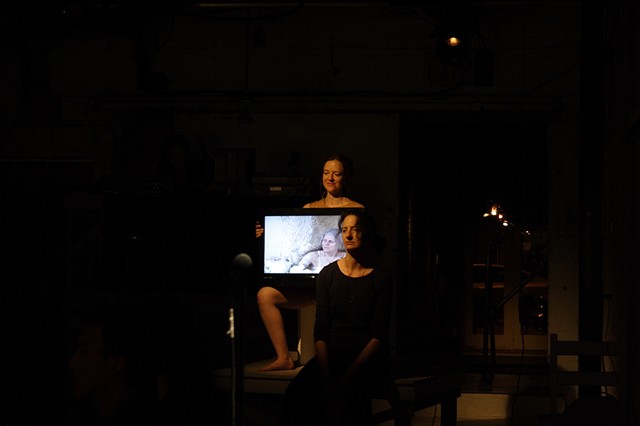 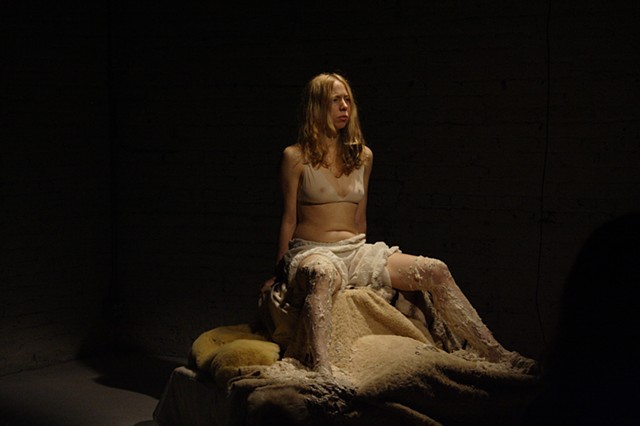 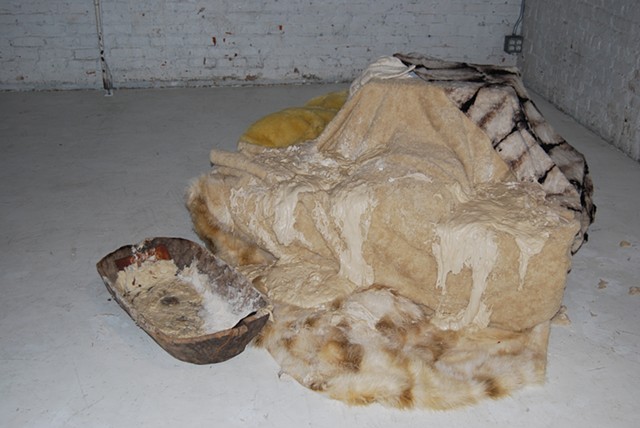 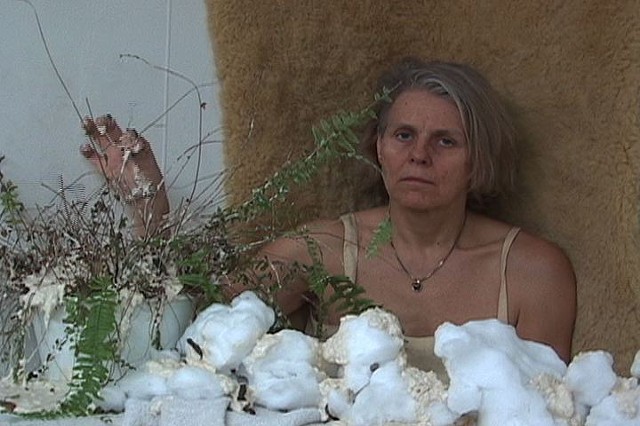 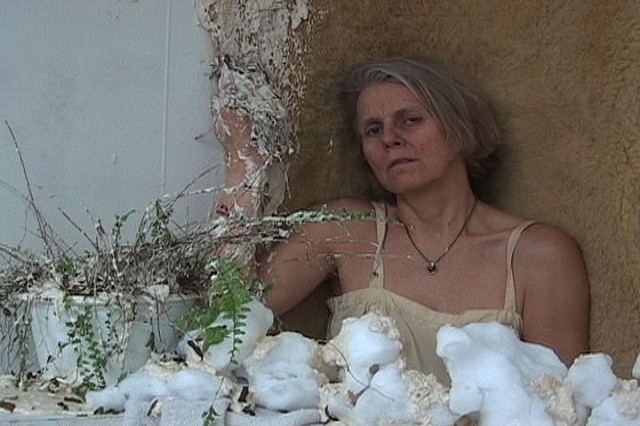 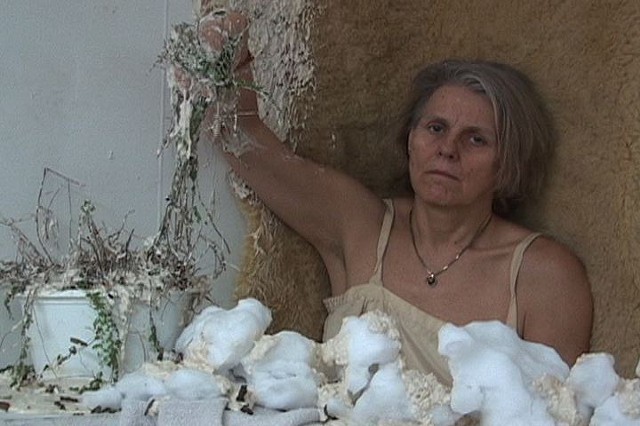