Two male performers stationed in separate garden scenes take cues from pre-recorded video and one another. They pose and move in a trance-like state, occasionally scooping up dirt and depositing it into two holes in their skirts.

The remaining three female performers stand between a brick wall and their individual piles of dirt. They alternate between following movements displayed on video monitors and interacting with the dirt. 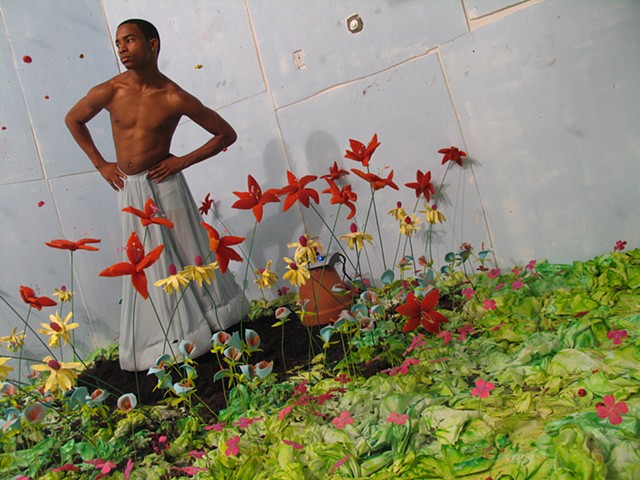 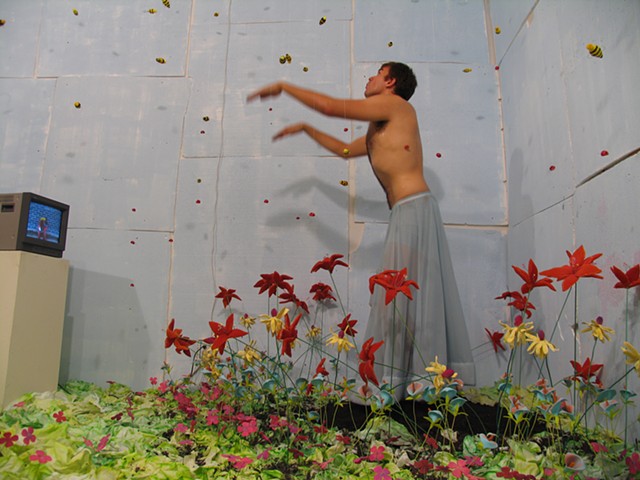 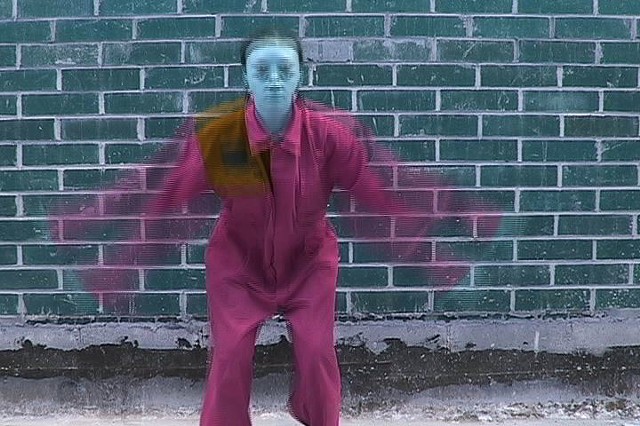 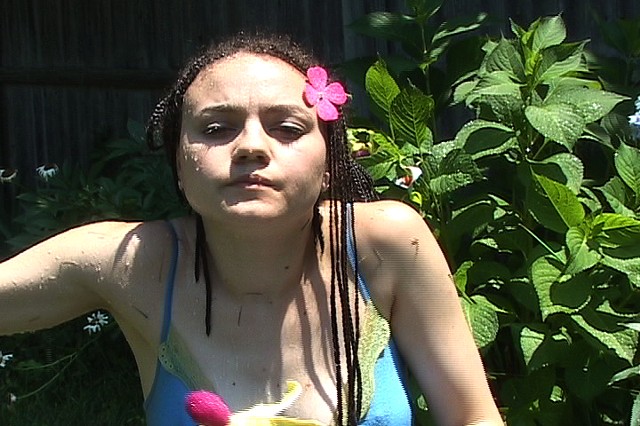 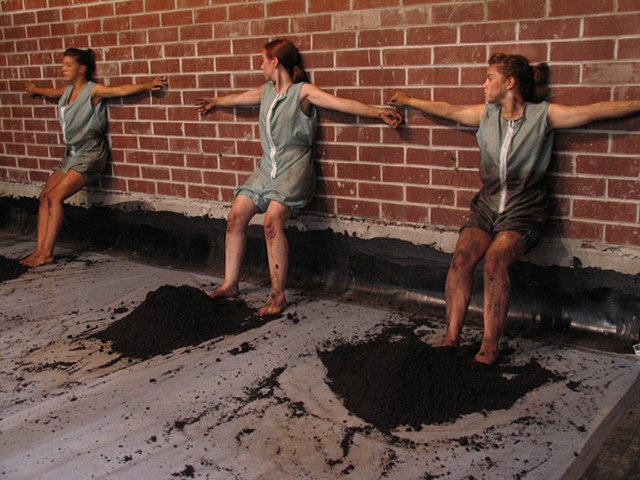 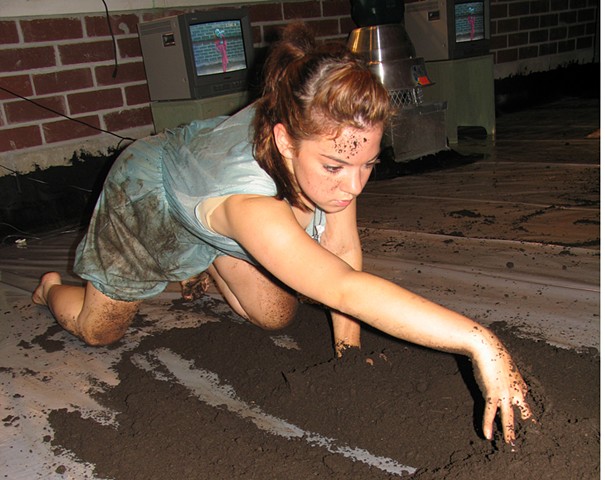